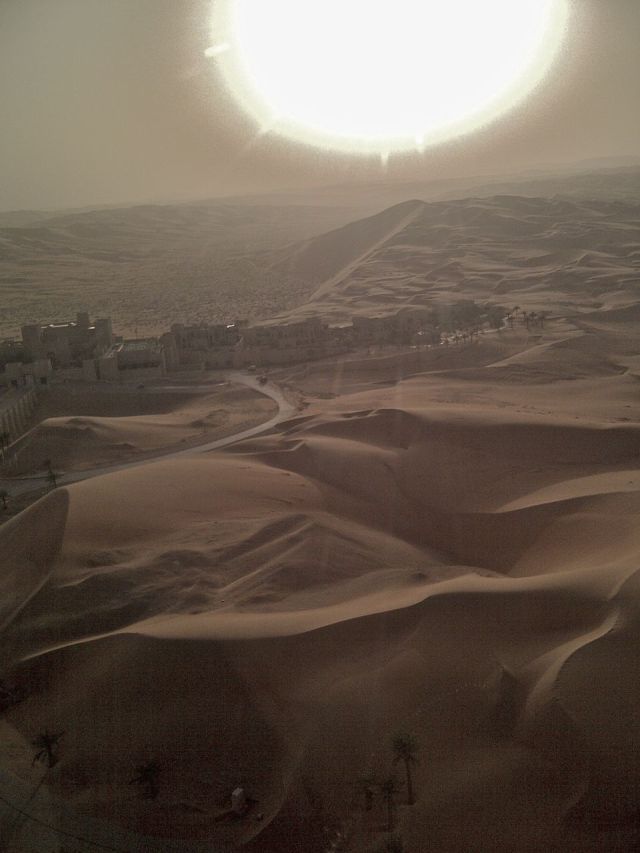 Stay in the haze

A number of consecutive sandstorms has hit the UAE recently. Low-lying fog filled with suspended sand and dust everywhere you look. I was driving back from Abu Dhabi when it hit. It made the memories flood back.

The first time I was in a foggy sandstorm was while driving from Kuwait to Basrah in South Iraq in May 2003. It was an emotional time, going on mission with the United Nations to try and help the Iraqi population in the wake of the infamous ‘shock and awe’ boom boom raining from the sky. I had just had my security briefing in Kuwait. At the end of it we were told that we could proceed to Basrah, a city still reeling from a modern-day war fought as if by remote control. I was in the passenger seat of the blue GMC getting used to using my new VHF radio. I was charged with checking with base every thirty minutes during the journey. “This is Hotel Delta four six, over”. “This is Hotel Sierra Base, go ahead Hotel Delta four six.” “We just crossed the Abdeli border in the direction of Safwan, over”. “Roger that, next radio check in 30 minutes.” “Over and Out”. I looked up. We were all of a sudden driving in a yellow haze that abruptly engulfed the car, the road, the trucks coming from the opposite direction, whatever camels were wondering around, the sky, the world as we know it. The effect of experiencing a sandstorm for the first time is mesmerizing. A sudden quiet befalls you as you surrender to the yellow cloud that swallows you. It is as if driving into a dream. Objects lose their shape and opacity, everything in existence takes on an eerily translucent quality. You keep going, as if hypnotized and driven by the call of the mystical unknown that lies behind the hazy cloud. I blinked myself back to reality. I found myself very slowly driving with my flashers on while approaching Dubai yet an invisible remote control was zapping me back to an injured and weary South Iraq that marked my career and my life to date.

Emerging from the thick fog on arriving to Basrah for the first time, I glimpsed a wedding convoy. I wrongly interpreted it to be a good omen for the country. It wasn’t. Love just couldn’t wait and give in to war. People will fall in love no matter what. That’s how we are programmed. To love and live in an emotional sandstorm that takes hold of all that is real and paints it with the yellow mellow haziness of a dream.

Here’s to foggy, murky love. May you all get stuck in it. And if you do, take your time to find your way back out.

One of my favorite songs