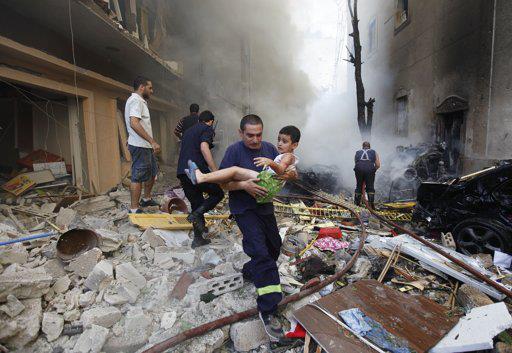 War does not determine who is right – only who is left. ~Bertrand Russell

When you live in a war zone, and by chance you survive, you are destined to hold a piece of that war in your soul for the rest of your life.  Ask anyone who has lived through a war, a devastating conflict where nothing is sacred, where shells fall like confetti over breathing shivering humans huddled together and praying for safety, where you learn to live with snipers using your body and that of your loved ones for target practice, where death becomes a daily occurrence you learn to live with and push worrying about it back to the dark damp corners of your mind where fear is scared to venture, where you master the art of maneuvering around angry yet trigger-happy young people with guns, where you become a daredevil if you engage in any outdoor activity deemed not absolutely necessary or life-saving.  And most tragically as people in urban warfare quickly find out,  you never ever learn to forget the car bombs.

You can hear the shelling and do your best to get to a safe place, sort of like in an earthquake or on hearing a rumbling volcano. You can do your best to avoid sniper areas after the first few victims fall.  You can pretend to be mute when faced with an angry fighter manning a checkpoint (it was tried and tested many times in Lebanon and it does work to make them feel pity and let you go). But when it comes to car bombs? Paranoia is the inevitable by product.  You never know where it might be, in which car, what time will it go off, who is targeted, why, you never know anything except after it goes off, tearing everything in its vicinity to shreds.  What many spectators watching the news safely from behind their screens don’t realize are the long-term effects that car bombs have on the population.  Any car that looks suspicious starts resembling a potential bomb.  I have seen people running like mad when a car would be parked, windows open, in Hamra street in Beirut during the war years.  Any car with the engine running and no one inside, or parked in the middle of the street, or parked in a skewed way, or in any way real or imagined looking suspicious could cause so much terror in the hearts that people would just act irrationally when faced with that trigger.

I lived in New York after the war ended, in New Zealand, in Geneva, and every time I saw a car parked with its windows open, or with the engine running, I felt my heart pounding, my pulse racing and my steps picking up speed.  It’s not something one can control, it comes naturally, I guess what kicks in is the strong survival instinct we humans have.

Now imagine if you will the people in Lebanon, Syria, Iraq, Afghanistan, Pakistan, Ireland, or any of the wretched countries where civilians had to endure the indescribable terror of car bombs for extended periods of time.  Just put yourself in their shoes and try to picture how your life would be affected.

I was thinking of that when I watched the devastation on the news as yet another terrorist car bomb ripped through Beirut.

A new political message aimed at us Lebanese and blasting through our civilian population.  We haplessly became a mailbox over the years for many a political message in our region.  Messages using our country people’s blood as plentiful ink.  We are done. We have had too many car bombs to count, we would like to hope that our mailbox function is ready to be put to rest by our folks back home.

May our killed innocent civilians rest in peace, with wishes for a fast recovery for the wounded survivors.